Our ability to easily shake off ailments and viruses has become weakened by decades of air pollution. Research shows the long-term damage to our health may already have set in, making us vulnerable to lung and heart ailments. The coronavirus has unsparingly exposed this biological fragility.

Research in the USA

Harvard University researchers looked at the most polluted regions of the USA and found a correlation with higher death rates from COVID-19. There was a 15 per cent increase in the likelihood of death in areas where there was prolonged exposure to nitrogen dioxide (N02) emitted by diesel vehicles.

Nitrogen dioxide causes lung inflammation and weakens our immunity to lung infections so it’s no wonder that when combined with the coronavirus it has proved fatal in many cases across the globe. There is strong evidence that the general spike in cardiovascular and respiratory ailments are due to this deadly combination.

Italy made global news over the last few months because of its unusually high coronavirus death rate and it’s no coincidence that it also has the worst air pollution in Europe. 60,000 people a year die there from air pollution-related ailments.

Recent research by scientists from the University of Aarhus, Denmark and the University of Siena, Italy found the coronavirus death rate in Italy’s industrialised north, known as the Industrial Triangle was more than double that of other regions. These were areas with heavy concentrations of particulate pollution.

The researchers looked at nitrogen dioxide levels across Germany, Spain, France and Italy and found 78% of coronavirus deaths occurred in the regions with 1) the highest air pollution and 2) restricted atmospheric air dispersal leading to toxic concentrations. Four of the regions with the highest fatalities were in northern Italy and one in Spain.

Dario Caro, researcher for the Department of Environmental Science at the University of Aarhus said more people died “simply because their bodies have already been weakened through air pollution when they contract the virus.”

The research shows a definite connection with air pollution. At this stage, it is only a correlation and more research is needed before a causal link can be established.

But what about claims that Covid-19 is actually carried on these pollution particles?

There are several research teams investigating this link:

India’s Dr Avind Kumar founder of the Lung Care Foundation, and chairman of chest surgery at Sir Ganga Ram Hospital, New Delhi has no doubt about the carrier claims. He says the virus attaches itself to toxic particulate matter in the air. It piggybacks on the particulates and as a result, the virus is more widely spread in the air and infection rates are higher.

BBC News recently posed the ‘virus piggybacking’ question to US scientist Gretchen Goldman. She has a Ph.D. and M.S. in environmental engineering from the Georgia Institute of Technology, and a B.S. in atmospheric science from Cornell University. During her postdoctoral research fellowship she focused on statistical modelling of urban air pollution for use in studies of acute human health effects.

3 mins 45 seconds into the Youtube video below, BBC presenter Kasia Madera actually asks her: “is it too early to say whether the virus is carried on polluted particles in the air and the pollution damages our internal organs and that adds to this disease having such a devastating impact.”

The scientist does not validate the virus-pollutant carrying link but says it is one area being researched. 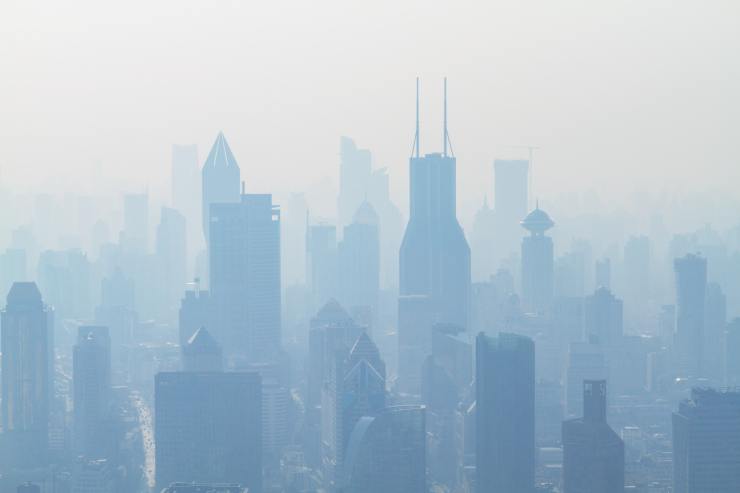 We have been poisoning our air for centuries. The history books show in 1285, British monarch King Edward I chaired the world’s first air pollution committee which passed legislation banning coal burning. In the 1500s, Elizabeth I built on his legislation. Copper and lead smelting, as well as coal and wood-burning were an environmental concern but she was forced to act only after coming into contact with toxic fumes and complaining about the unpleasant smell and taste.

The UK also ushered in the Industrial Revolution that led to carbon-spewing manufacturing methods and machine-like focus on industrial targets. With this history, it is essential that the UK also leads the world in rectifying the problem and introduce groundbreaking environmental health measures that will have a global knock-on effect.

Toxic air levels in London’s most congested traffic spots have fallen by 50% during the lockdown, but this is only temporary. Also, figures from the European Space Agency show China had a 20-30% drop in the air pollutant nitrogen dioxide during lockdown due to their draconian quarantine measures and the halting of manufacturing. Their 25 % drop in greenhouse gases was a boost to the environment but global greenhouse gas emissions remain at their highest for 3 million years.

The World Health Organisation says 4.2 million people a year die from ailments linked to outdoor pollution. Over 1 million of these deaths are in China where some of the world’s most polluted cities are found. China and the USA (in that order) are the world’s biggest carbon dioxide polluters but China’s pollution levels are 10 times higher than the USA where 200,000 deaths a year are recorded. And in the USA the lockdown’s environmental effects are also being felt, with carbon monoxide emissions from petrol vehicles down 50% in New York.

So what can be done?

Below, these two events in 2008 show the environmental gains when the carbon-spewing global economy is shut down for a length of time.

2008 With the Beijing Olympics approaching, the Chinese government sought to improve its notoriously bad air pollution problems and did so in an uncompromising manner, shutting down factories and power plants and banning cars. Air quality improved by 25% in just two months, saving an estimated 50,000 lives.

2008 The global financial crisis led to a slowing down of economic activity and a 1.9% drop in carbon dioxide emissions.

Therefore, air pollution can be controlled when the desire to change is great, as these dates show both unintentional and deliberate action which lowered emissions.

Dario Caro, researcher for the Department of Environmental Science at the University of Aarhus, who led the research into Covid-19 links with air pollution, says we have a great opportunity to implement the required environmental changes, with the manufacturing, energy and transport industries now on hold because of the virus.