We’re affected by what we see as much as what we do. Your environment can prime you for happiness, health and success.

With lockdown more or less over, the desire to stretch those legs beyond the confines of our homes and a good distance from our refrigerators is never greater.  Why wait till gyms open only to tread it out on the same old treadmill when there are broader and more scenic horizons in the green spaces of London?

Mainly in Stratford but also stretching into Hackney, the Queen Elizabeth Olympic Park is an idyllic award-winning parkland with serene meadows, waterways and wetlands. Whether you’re a superfit jogger or just looking for a beautiful environment for some secluded strolling, head for London’s largest new green urban space and nature conservation area.

Waterways that take your mind to another place (below) 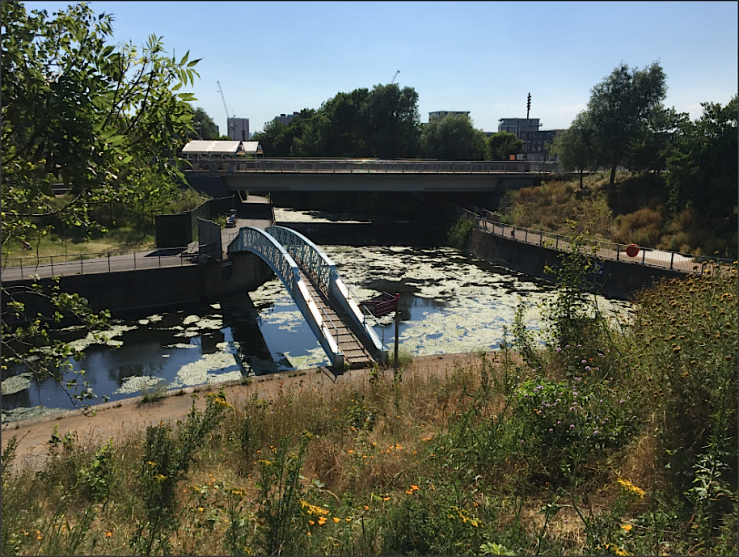 Its old industrial waterways – including the historic Carpenters Road Lock – had a multi-mllion pound makeover for the 2012 Olympic Games. Built in 1933, the lock has the only double lift vertical radial gates in the world. You’ll probably pass them on your walking or jogging trail. 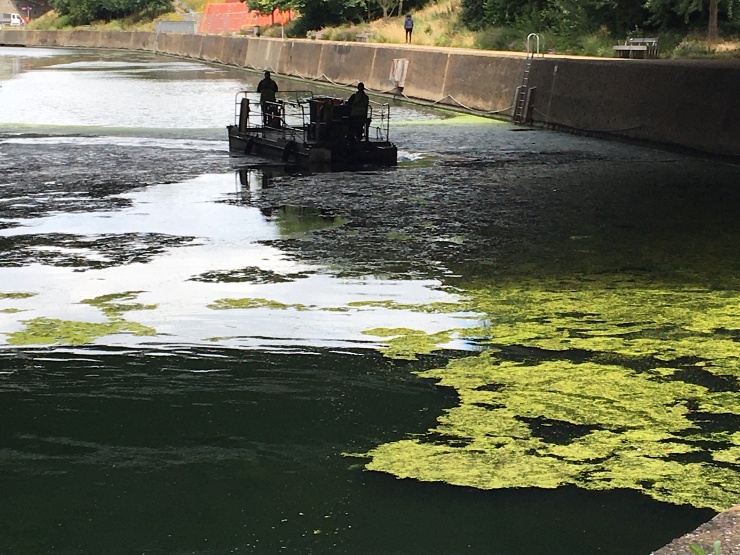 If you start your run or walk at the park’s main entrance, you will soon pass this waterway (above) on Stratford Waterfront. It runs alongside East Bank, a centrepiece creativity, culture, learning and innovation hub which is East London’s version of South Bank. There’ you’ll find Britain’s first hiphop academy, a London College of Fashion campus and a V&A museum – to name a few. An ambitious and sprawling project still in its early stages. 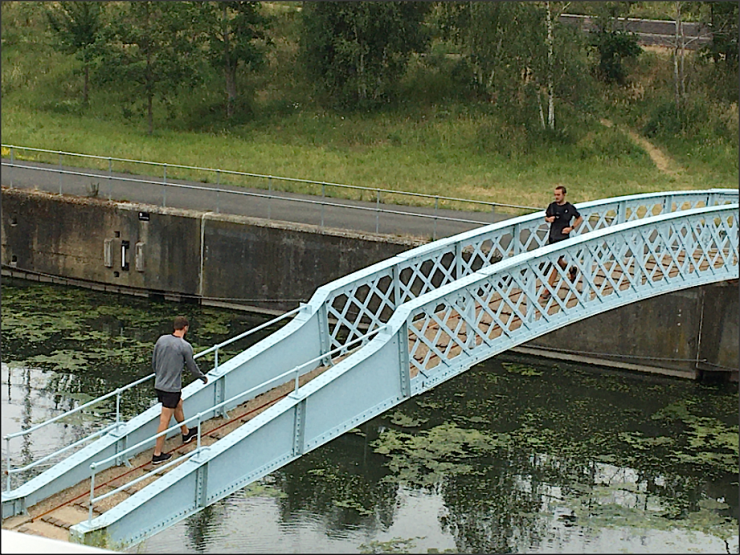 A jogger and walker on the City Mill River bridge. 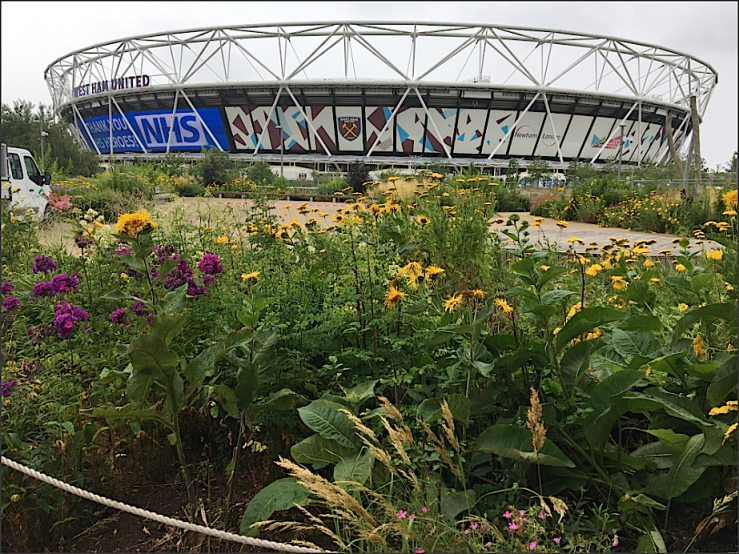 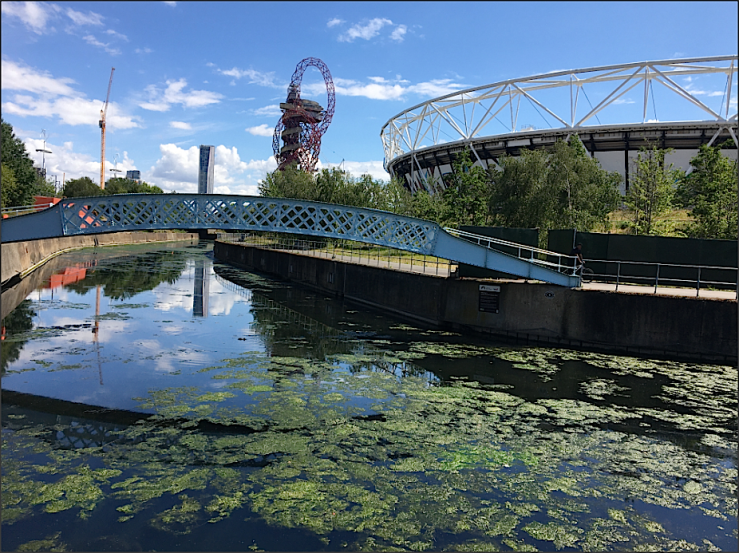 Entering the park from east, west, south or north the jogging or walking options are numerous. Most joggers opt for the picturesque nature trail along the City Mill River and the Old River Lea running around the London Stadium. But there are equally appealing routes in the vicinity of the Wetlands Walk and Olympic Park Avenue, or at the opposite end of the compass towards the Marshgate Lane area of the River Lea – and everywhere in between. 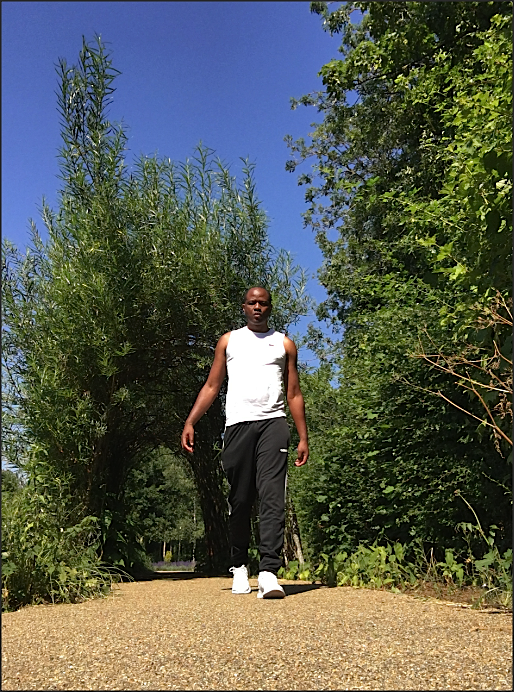 Inspired by the Olympic Park strolling and jogging routes? Check out these facts below.

102 acres of meadows, wetlands and amphibian-friendly waterways, with over sixty smooth newts in this pond alone.

Your route may well take you past the Olympic Park’s Great British Garden which was created for the 2012 Olympic Games and designed by two 10-year-olds Anna Clegg and Rachel Read. They won a nationwide competition and opted for a look that matched natures colours with the gold, silver and bronze medals of the Games. You’ll find the fiery and golden colours of the planting schemes, silver sundial and other design elements reflect the Olympian spirit.

Acres of natural wonders to explore.

Jogger or walker? Ramblin’ or amblin’’? You’ll be spoilt for choice. 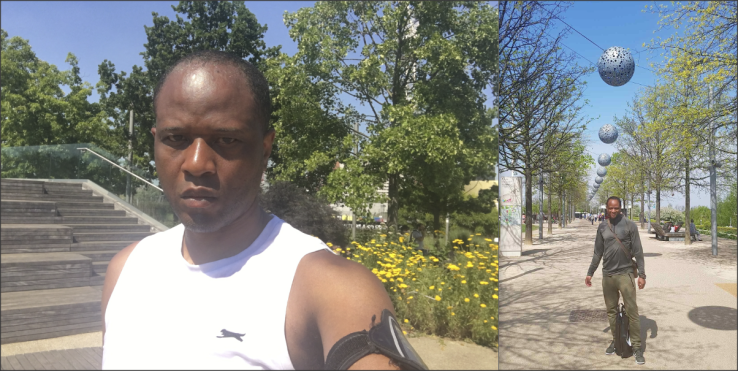 I tend to do both

Stroll or jog past the ArcelorMittal Orbit,  the UK’s largest sculpture and the world’s longest and highest slide 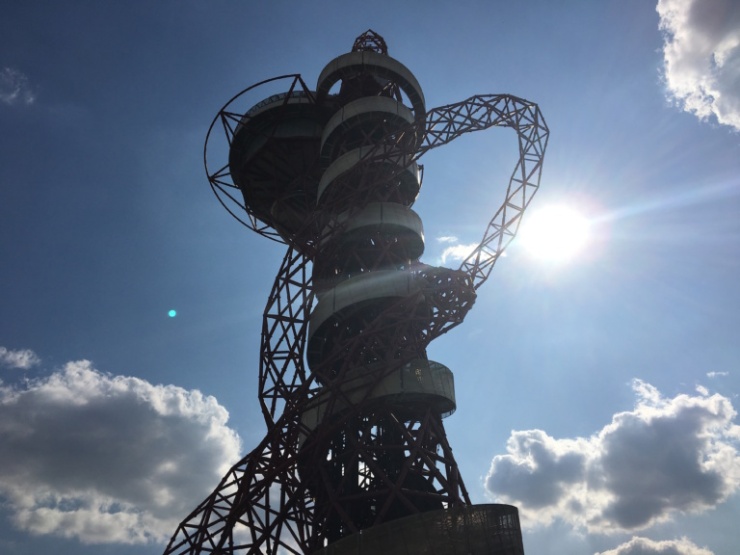